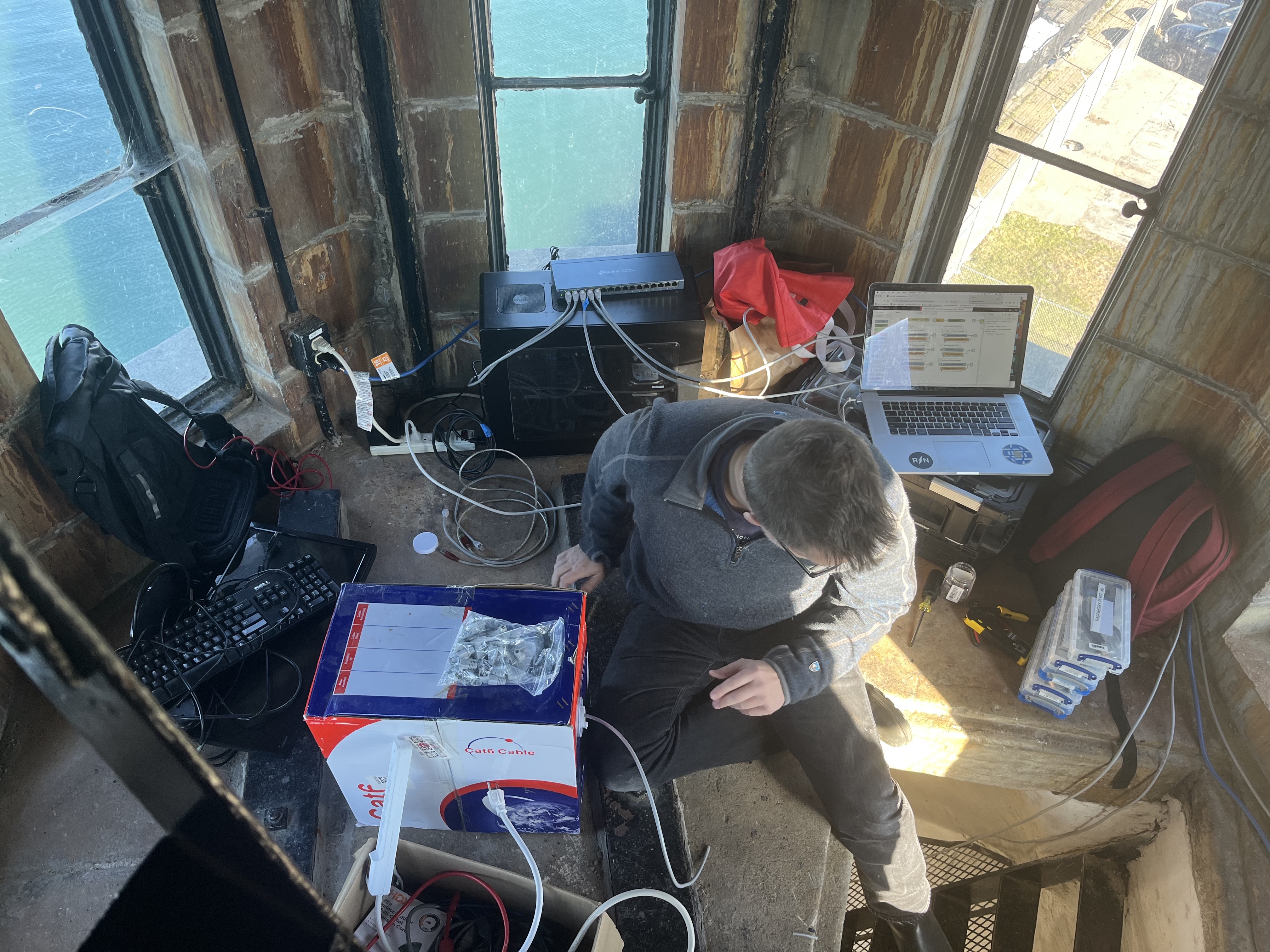 Jason Geistweidt is a trans-disciplinary artist working at the nexus of sonic art, physical computing, creative coding, networked systems, digital fabrication, interactive installation, and performance. Grounding his research is the use of purpose-built computational tools and systems for generating media via procedural, yet aleatoric or otherwise chance methodologies. Conceptually his practice is playing with ideas of control, intention, and expectation within the creative process. His approach is experimental and works to interconnect disparate systems in a desire to make the intangible — data, networks, computation, and the like — tangible through their transduction into objects, events, and experiences.

His current project, QSL, in collaboration with Lucy Helton, stations 8 remote cameras in the decommissioned 1833 Buffalo Lighhouse. This automated system collects images of ice forming at the confluence of the Buffalo River and Lake Erie, transmitting those images back to the gallery via the WeFax radio/image protocol. Printed on continuous roll thermal paper, these objects/images will be affixed to the wall of Rivalry Projects January-April 2023. The exhibition moves to Penumbra Gallery in June 2023. QSL was awarded a media artist assistant fund grant from Wave Farm in partnership with NYSCA.

In 2021 Geistweidt exhibited Goodbye World! (with Jason Livingston), a work which uses historical data to demonstrate the rise in average global temperatures over time. The networked installation retrieves real-time meteorological data for 4 major cities at 5-minute intervals, juxtaposing the current temperature with 30-year average for that day and hour. The difference between these two metrics is reflected in the gaze of a quartet of taxidermized toy polar bear heads, whose eyes glow more intensely as the offset becomes more pronounced.

Geistweidt's ongoing Twittage project is an automatic technique for generating images from visual assets found in the open Twitter stream. A portmanteau of Twitter (the subject) and frottage (the technique), twittage pulls images from Twitter in real time, as they are posted, layering them one upon another, thus creating a digital rubbing of an ephemeral social media. He began working with this technique in early 2017 and has been using the algorithm to generate images for his Guy Debord bot @guydebordbot on Twitter as well as large prints.

Geistweidt holds a PhD from the Sonic Arts Research Center (SARC), Queen’s University Belfast, and a Master of Arts in Music Technology from the University of Limerick.