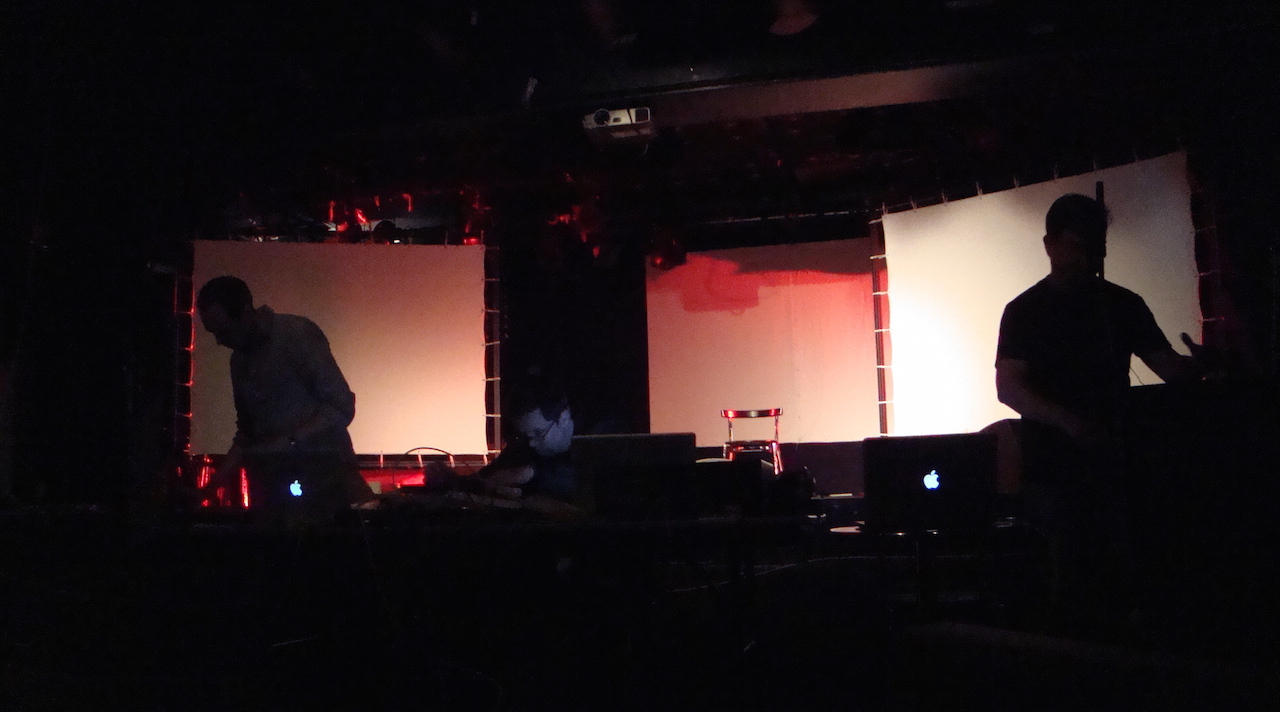 The Loop from Alexander Refsum Jensenius on Vimeo.

As a network-based quartet, the JacksOn4 formed out of the desire to maintain an ensemble despite its members moving to separate parts of the world. The members of the group have not shared a common physical space for over six years and, as a consequence, the group’s entire musical practice has been conceived and developed solely over the network. The resulting instrument and performance scenario, The Loop, was developed by the JacksOn4 collective during 2009-10 and formally presented in Oslo at the arts.on.wires and NIME conferences in 2011

The creation of this instrument is primarily a reaction to historical network performance that either attempts to present traditional acoustic practice in a distributed format or utilizes the network as a conduit to shuttle acoustic and performance data amongst participant nodes. In both scenarios the network is an integral and indispensable part of the performance, however, the network is not perceived as an instrument, per se. The Loop is an attempt to establish a single, distributed hybrid instrument retaining traditionally acoustic interfaces and resonant bodies that are mediated by the network.

A paper discussing the design, construction, and development of a multi-site collaborative instrument appears in the proceedings of the International Computer Music Conference 2011, also available here (PDF format).