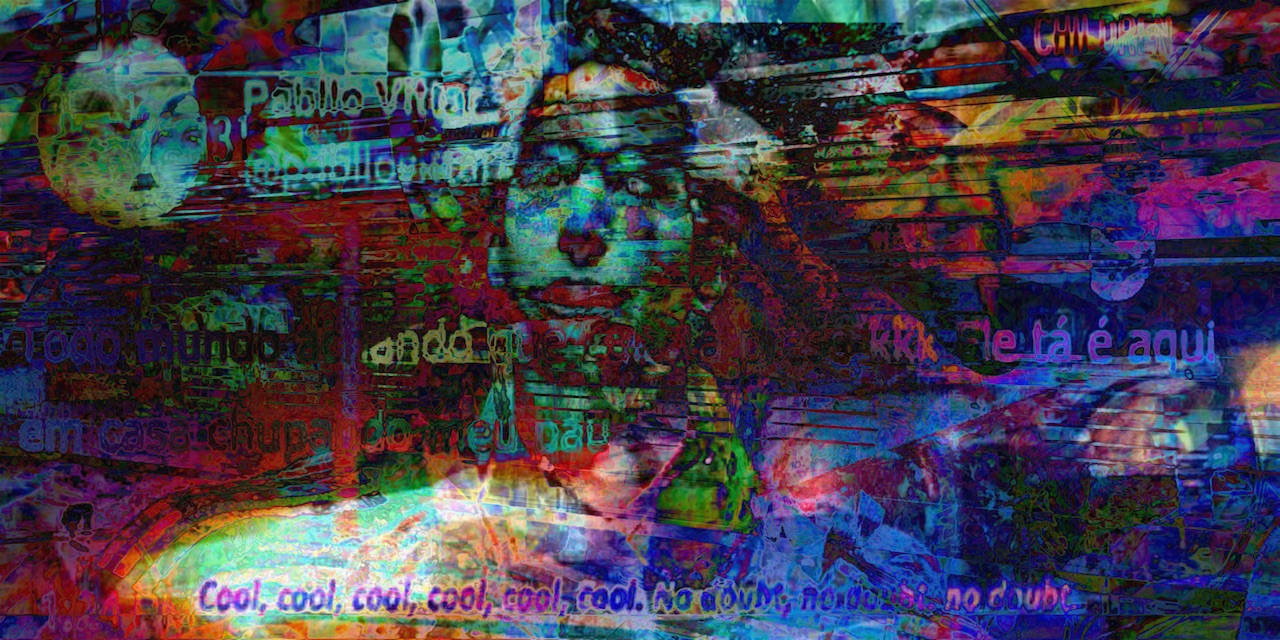 The Eye, a twittage film

Twittage is an automatic technique for generating images from visual assets found in the open Twitter stream. A portmanteau of Twitter (the subject) and frottage (the technique), twittage pulls images from Twitter in real time, as they are posted, layering them one upon another, thus creating a digital rubbing of an ephemeral social media. I began working with this technique in early 2017 and have been using the algorithm to generate images for my Guy Debord bot @GuyDebordBot on Twitter. In January of this year I began working to have the algorithm produce images with the resolution necessary to print large-scale images. As a practice, twittage can be seen as a digital extension of early 20th century Dadaist photomontage techniques combined with Surrealist generative procedures, such as the exquisite corpse. By controlling the alpha value of these images, the number of layers employed, and the blending algorithm, it is possible to create a range of works from abstract fields of color to complex media barrages.

What I opt not to control, however, is the content of the work, the resulting composition of the image, the juxtaposition of subjects across the frame, the clash of color, shape, and text. Each image is the product of pure serendipity, an act guided more by Twitter's users than myself. For example, a single unique image layered into the frame is consumed by subsequent layers of material almost immediately, though if this same image is retweeted, it is reiterated, reinforced, effectively burned into the composition. At face value, one could read these works as temporal documents, static records of some dynamic activity. However, I believe if we step back from the content of these works, we can ascertain something even larger.

As McLuhan observed, the medium is the message, which is to say that any medium inherently amplifies its nature by dictating the form and scope of discourse possible within the confines of its channel. Twitter is a system of bite-sized commentary, attention-grabbing messages enhanced by eye-catching images. It is designed to deliver its payload – the serotonin rush of discovery -- quickly, heighten our emotions, and derail critical thinking. It is all surface with little depth, there is no there there. This is what is reflected in these images, a way of thinking that is immediate, visceral, ephemeral, and fleeting. These are digital hallucinations – both dreams and nightmares – being played out across the frame.